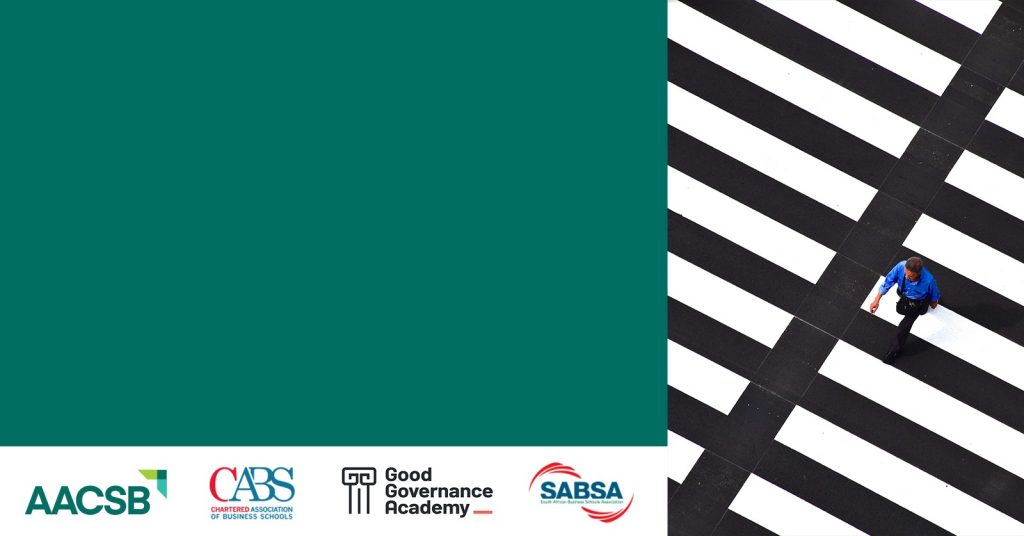 4. Business Schools Shaping the Future of Governance Through Business Education 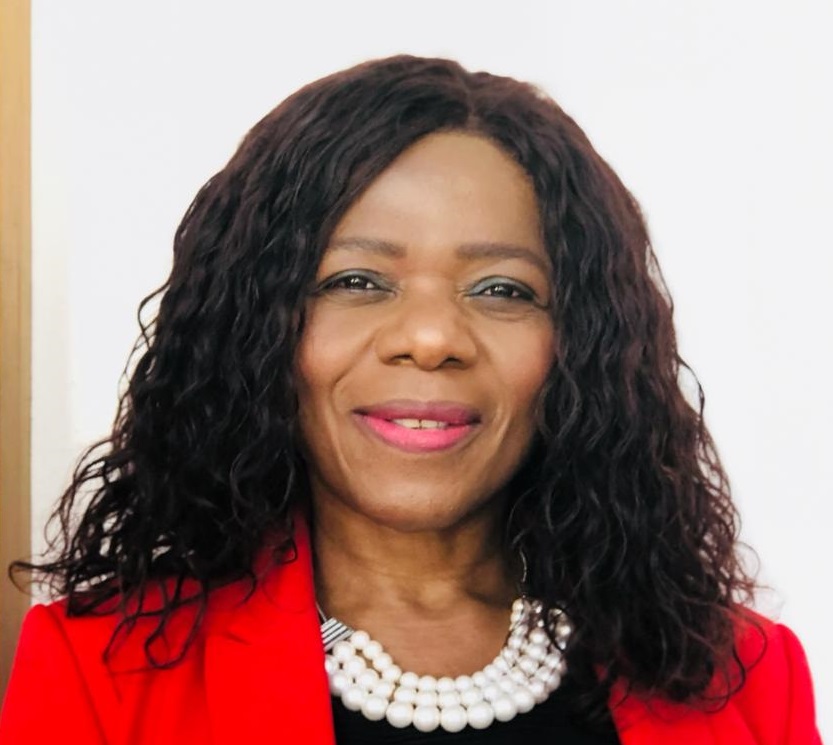 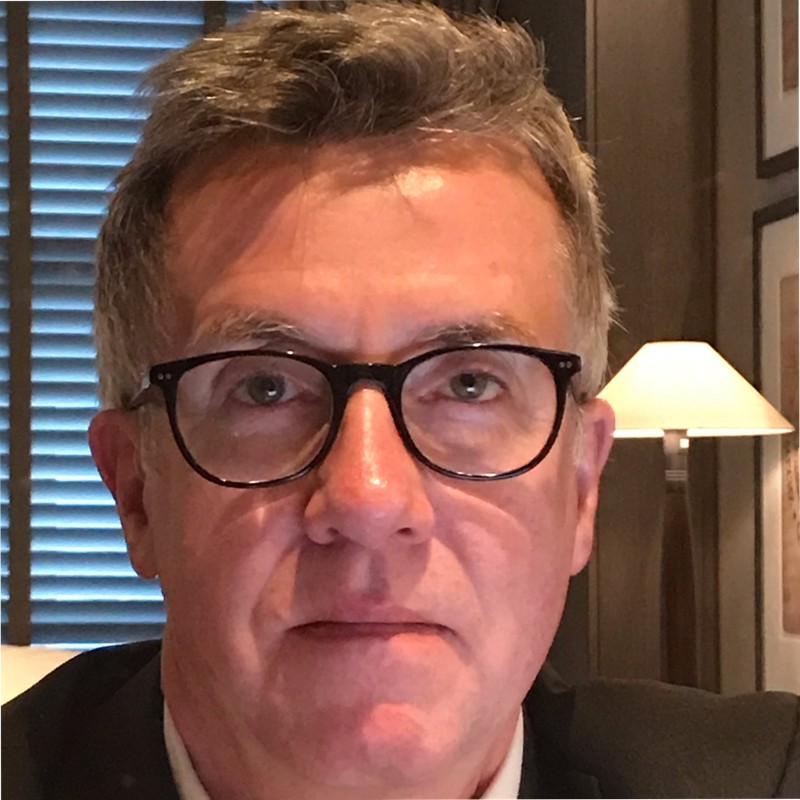 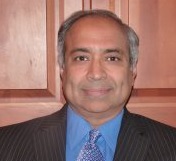 Professor Thulisile “Thuli” Madonsela, an advocate of the High Court of South Africa, is the law trust chair in social justice and a law professor at the University of Stellenbosch, where she conducts and coordinates social justice research and teaches constitutional and administrative law. She is the founder of the Thuma Foundation, an independent democracy leadership and literacy public benefit organisation and convener of the Social Justice M-Plan, a Marshall Plan-like initiative aimed at catalysing progress towards ending poverty and reducing inequality by 2030, in line with the National Development Plan (NDP) and Sustainable Development Goals (SGGs). She is a monthly columnist for the Financial Mail and City Press/Rapport, and occasionally writes for other newspapers.

A multiple award-winning legal professional, with over 50 national and global awards, Thuli Madonsela has eight honorary doctor of laws degrees, one of which was awarded by the Law Society of Canada. She holds a BA Law from Uniswa, a Bachelor of Laws from Wits University and a Harvard Advanced Leadership Certificate, and has been trained in legal drafting, leadership, strategic planning, scenario planning, gender mainstreaming, mediation and arbitration, and training facilitation, among other things.

Thuli Madonsela was the Public Protector of South Africa from 2009 to 2016. She is credited with transforming the institution by enhancing its effectiveness in promoting good governance and integrity – including ethical governance and anticorruption in state affairs – through her reports, jurisprudence on the powers of the Public Protector and introduction of ADR. She is the architect of the OR Tambo Declaration on the minimum standards for an effective ombudsman institution and cooperation with the African Union on strengthening good governance and co-founder of the African Ombudsman Research Centre (AORC) at the University of KwaZulu-Natal, and served as AORC’s founding chairperson. As a full-time commissioner of the South African Law Commission, she supervised several investigations – among them Project 25 – on aligning all laws with the Constitution, and participated in the drafting of several laws. She chaired and later project-managed the Equality Legal Education Training Unit (ELETU), which provided foundational training for Equality Court judicial officers. She is the co-founder and one of the inaugural leaders of the South African Women Lawyers Association (SAWLA).

Named one of Time 100’s Most Influential People in the World in 2014, Forbes Africa Person of the Year in 2016 and one of BBC’s 100 Women, her peer recognition includes the Commonwealth Lawyers Association’s Truth and Justice Award, Transparency International’s Integrity Award, the South African Law Society’s Truth and Justice Award, General Council of the Bar membership, the Sydney and Felicia Kentridge Award, the SAWLA Women in Law Icon Award, Botswana Lawyers Association Honorary Bar membership, the German Presidential Medal, the German Africa Prize, the African Peer Review Mechanism Anticorruption Crusader Award, Tällberg Global Leader recognition, Rotary International’s Paul Harris Fellow recognition, the Gauteng Premier’s Provincial Achiever Award, and having a rose named after her in recognition of her social justice and integrity work. Recently, Madonsela was appointed as Knight of the Legion of Honour by French President Emmanuel Macron. Viewed as the highest decoration in France, the Knight of Legion was bestowed on Madonsela in recognition of her remarkable achievements in defence of the rule of law and the fight against corruption in South Africa.

Thuli Madonsela is one of the drafters of South Africa’s Constitution and co-architect of several laws that have sought to anchor South Africa’s democracy. Among the laws she has helped draft are the Promotion of Equality and Prevention of Unfair Discrimination Act (PEPUDA), the Employment Equity Act (EEA) and the Recognition of Customary Marriages Act. She also contributed to the conceptualisation and quality assurance of laws such as the Promotion of Administrative Justice Act, the Domestic Violence Act and the Repeal of the Black Administration Act. Her policy contributions have focused on the transformation of the judicial system, the promotion of equality – particularly gender equality – and the Victims Charter. She has also participated in the drafting of several international instruments, mainly on human rights, gender, race, disability, development and gender-based violence, in addition to participating in the preparation of country reports and representing the country.

Seamus started his career working for the UK government as a Whitehall civil servant, responsible for a range of portfolios before becoming Private Secretary to two Cabinet Ministers, John Gummer MP, UK Secretary of State for the Environment, and John Prescott MP, UK Deputy Prime Minister. During this period, he also served as an adviser to the French Government, as well as studying at the elite École Nationale d’Administration.

He moved into industry, as the Group Company Secretary and Director of Regulation at Anglian Water plc (water industry), and then assumed the role of Head of Public Policy and Regulation at O2 plc (telecoms industry).

He became Policy Director at the Institute of Chartered Secretaries and Administrators (ICSA), now known as ICSA The Chartered Governance Institute (CGI), where he authored a number of influential publications, including CGI’s guidance on ‘Boardroom Behaviours’, and the UK’s benchmark document for board effectiveness – the Financial Reporting Council’s ‘Guidance on Boardroom Effectiveness’. The Guidance was adopted as the Corporate Governance Code for the Baltic Republics – Estonia, Latvia and Lithuania – and has been widely sourced and referenced around the world. In 2019, Seamus wrote the Governance Code for Seychelles. Seamus was also responsible for the production of CGI’s technical output, including its best practice Guidance Notes on boards and directors.

Seamus runs his own governance advisory business – Value Alpha Limited – working with boards and directors around the world. His particular focus is on board effectiveness and director effectiveness. He runs a Leadership Development Programme for company secretaries, and a LinkedIn discussion group on Building Better Boards. He is currently writing a book for Bloomsbury Publishing, entitled Building Better Boards, due for publication in 2022.

Seamus writes and speaks extensively on governance issues. He holds a Degree in Business Studies and French (University of Leeds), and is an MBA (Henley Business School) and a CGI Fellow and prize-winner.

Seamus was nominated and shortlisted for the Governance Champion of the Year 2020 Award at the ICSA Chartered Governance Institute Awards 2020.

Professor Palia is an internationally renowned scholar in law and economics, banking, and corporate governance. He earned a PhD in Finance from the Stern School of Business at New York University, and he has been on the faculty of Princeton University, Columbia Business School, the University of Chicago, and UCLA.

Dr. Palia has published extensively in the top finance journals (e.g., J. of Finance, J. of Financial Economics, RAND J., and Review of F. Studies), as well as in the top law and economics journals (e.g., American Law & Econ. Review, Harvard Business Law Review, J. of Corporation Law, J. of Empirical Legal Studies, and J. of Law & Economics). His work is extensively cited by other scholars and he is the Associate Editor of the J. of Financial and Quantitative Analysis. He is often quoted in newspaper articles and magazines. He continues to be invited to present his research to the faculty of top Universities, at the major academic meetings, and at the prestigious National Bureau of Economic Research conferences. He has worked as an expert in both federal and state courts. As Founding Director of the Financial Institutions Center, he organizes and participates in panels that include CEOs and other senior executives of financial institutions as well as senior regulators.